A touch of Dutch — the house that Anne built 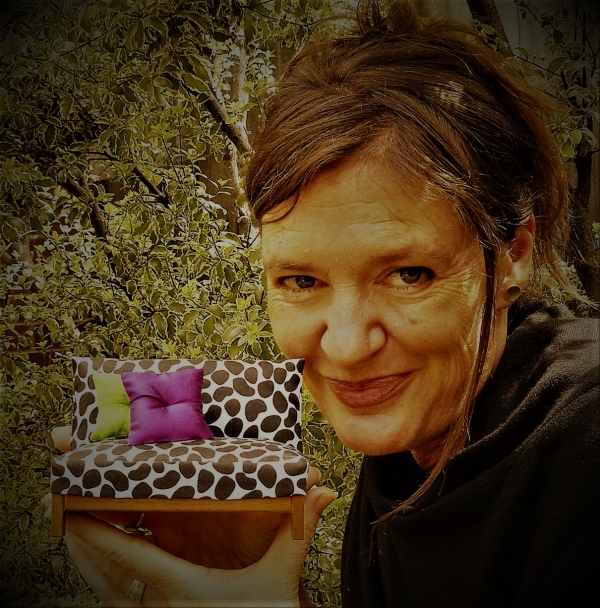 A Touch of Dutch  --- the house that Anne built 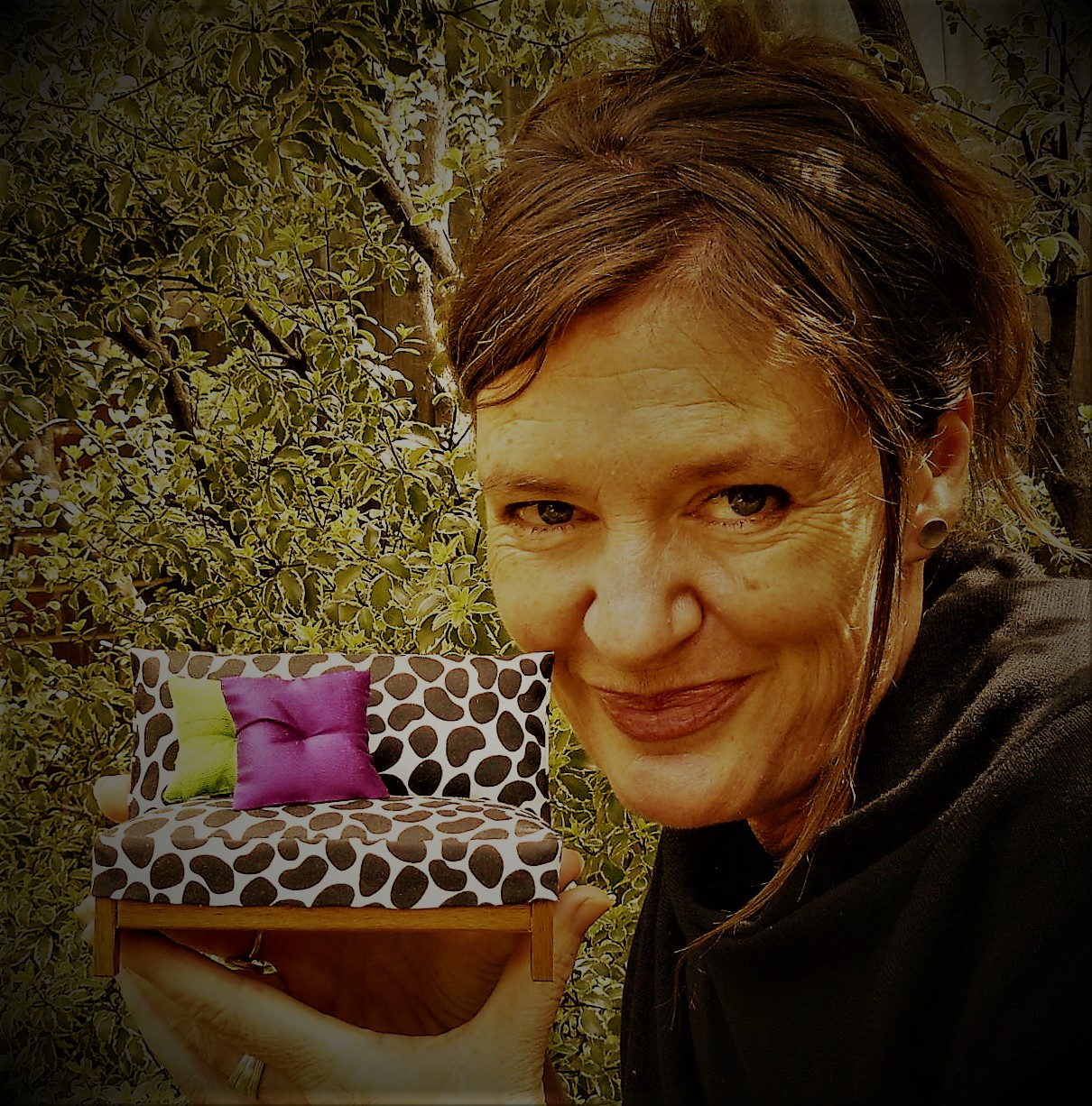 When we moved to Amsterdam in 2007 with two small children, the last thing we thought we’d come home with was a business idea. Huisje means ‘little house,’ and the idea stemmed from the iconic canal houses of our adopted city.

If you’ve ever taken a walk around Amsterdam’s canal district, it’s hard not to be inspired by the impressive houses that line the banks. They were built in the 17th Century and, even back then, space was at a premium. As more and more people flooded the city thanks to an economic boom, the government handed out parcels of land. And they were pretty generous, too. The thing was, starting at 5.5m wide, they were unusually narrow.

The tall, narrow design of our Huisje Kind dollhouse is a space saver, too. We know that lots of families are making due with less space than they’d like. That’s why it’s so important to us that our dollhouses pack away easily. Our Matryoshka (or ‘Russian doll’) design means that when the kids are finished playing, they can stow their dollhouse and furniture neatly away.

There is nothing ordinary about the canal district in Amsterdam. Indeed, people travel from all over the world to check it out. The clean lines of the canal house, as well as Dutch minimalism, were front of mind when we came up with the first prototype.

Our focus was on sustainability when we made the first ever Huisje Design out of cardboard boxes that we collected from our local supermarket. With the prototype under our belts, we set about producing them. Made from 100% corrugated cardboard and self-adhesive vinyl that we painstakingly assembled at our kitchen table, they were gorgeous — but way too labour intensive. 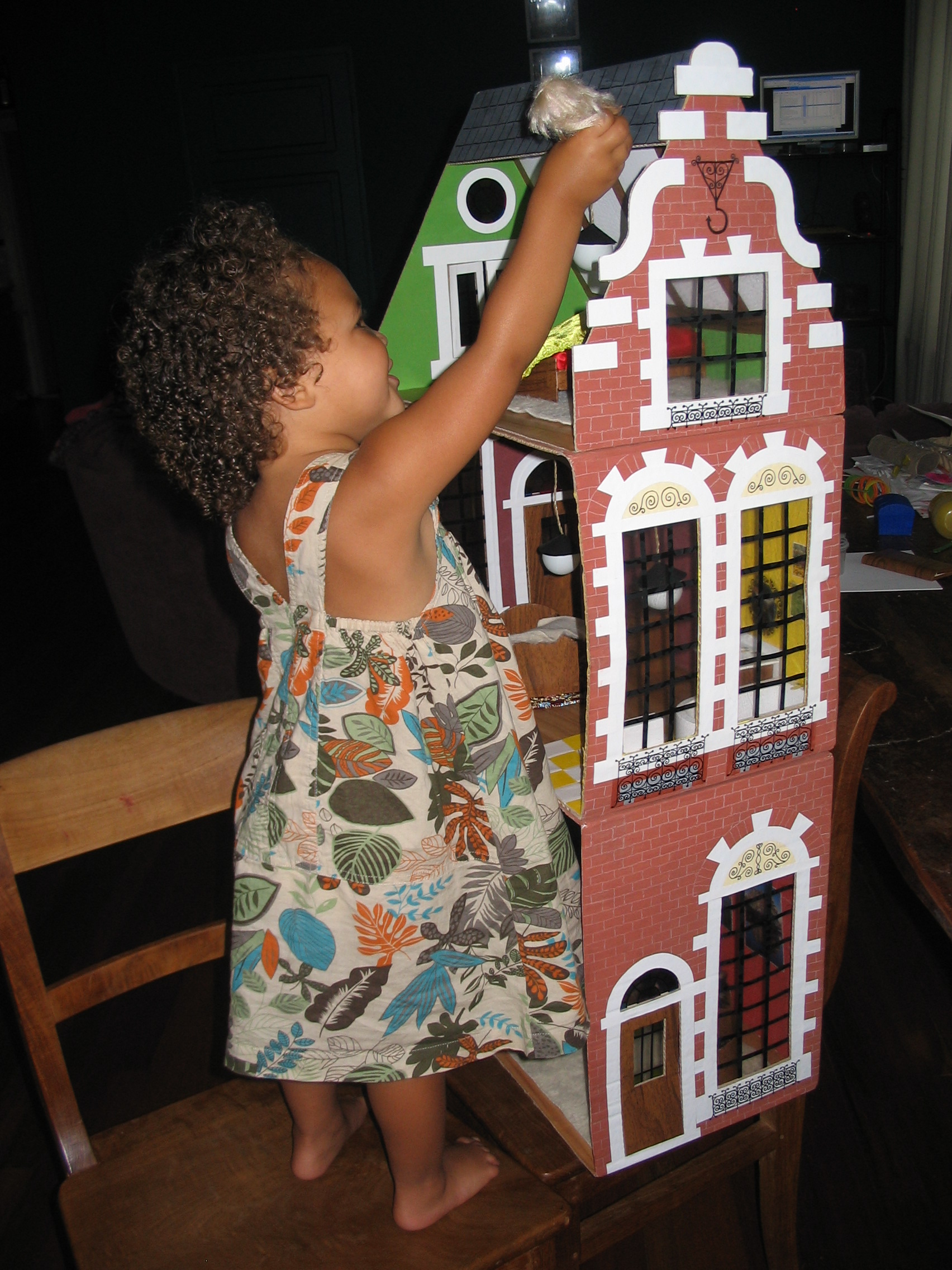 As we worked to address the production process, we focused on supporting local businesses. We searched high and low to find different materials, joins, and laser cutting techniques.Finally; we landed on the magic combination of wood, glue, and tenon joints. We were off

Now that we’re back in Australia, Huisje Designs are made from sustainably sourced Forest Stewardship Council poplar. Production, wherever possible, takes place in Melbourne, Australia.

We’re so proud of the result. Thanks to years of research, we now produce locally-made, sustainably built dollhouses that are durable, beautiful, and (most importantly!) so much fun to play with.

Our daughters, Maya and Jasmine, grew up surrounded by tiny tables and chairs, scraps of fabric, cardboard and wood samples. They were helpful product consultants throughout their young lives. And we believe that the countless hours they spent playing pretend have contributed to them becoming smart, creative, driven young women

As we watched the girls play, we realised that our product was ideal in so many scenarios, including childcare centres, play therapy, and in the home. Appealing to kids of all ages and gender-neutral, we wanted kids everywhere to be able to experience the magic of Huisje.

So we created the kit home. More accessible to families, it is a blank slate. Décor and assembly are part of the fun and the kit home is ready for whatever your child ( or Mum / Dad)  throws at it. We also added the Huisje Nude, which is made of 100% recycled cardboard.

From Amsterdam to you

We have learnt so much from this design and production process. Most importantly, it made the importance of free, imaginative play for kids even more clear to us. From social and language skills to creativity, problem solving, and critical thinking, children don’t even realise all the good it’s doing them.

Empowering children to express their thoughts, feelings and life experience through PLAY!!!