4 types of play your pre-schooler will love 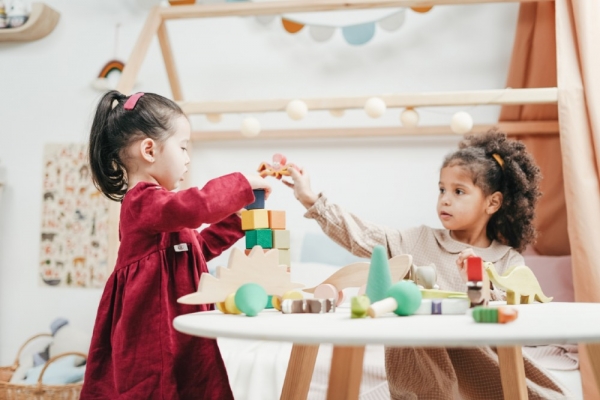 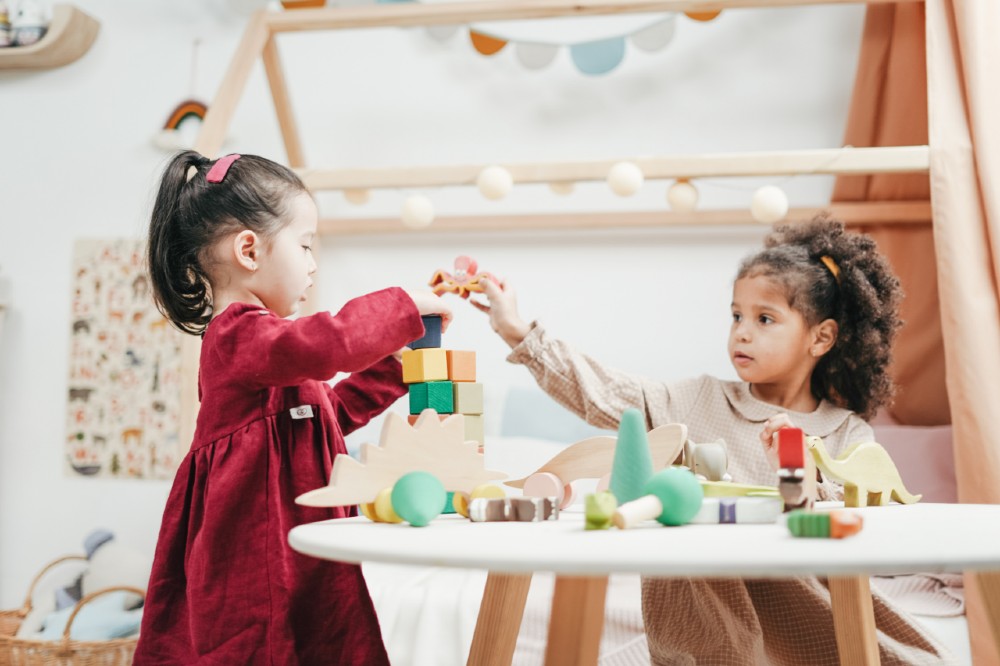 The benefits of play are well known.

When it comes to kids, all play is good play. But there are a few key types of play that can really get your pre-schooler’s brain and imagination firing. Let’s take a closer look.

When it comes to pre-schoolers, socialising can be a bit of a minefield. Parents worry that their child won’t share, that they’ll be aggressive, get overwhelmed, or say something rude. This anxiety can lead to play that is micro-managed by parents, which isn’t much fun for anyone.

The thing is, when kids are left to their own devices, they’ll usually work out any social kinks. And working those kinks out is really good for them. When kids play make-believe with friends or siblings, they enter a kind of social contract.

If the kids agree that the floor, for example, is lava, they’ll sooner jump from couch  to couch than burn in an imaginary molten pool. This agreement gives them practice negotiating rules and guidelines as well as following them. Working together to decide on the framework for play, deciding what to do when someone ‘breaks’ the rules, and being flexible about potential future changes give kids vital practice for school and beyond.

Creative children are most likely to grow into excellent critical thinkers, so even if you shudder at the thought of paint and glitter through the house, we recommend giving it a go. The benefits of creative play are amazing: cutting, gluing and painting have important fine motor benefits that get little hands ready to hold a pencil. But creative play also teaches kids early maths skills, like geometry, shapes and sorting.

Making decisions about materials and artistic style are beneficial as well. Mixing colours and experimenting with different mediums boosts confidence and resilience. If something doesn’t go to plan, kids learn that ‘mistakes’ are not the end of the world. In fact, they’re a necessary part of any creative project.

When kids engage in imaginative play, they consolidate the skills that they’ve observed in the real world. Through role-play, kids get a boost in creativity, problem solving and self-regulation skills. Not only that, dressing dolls and setting up furniture is great for fine motor development.

In imaginative play, the conventional rules don’t apply, so a child can pretend they’re a wizard, a dinosaur, or just about anything, really. There aren’t many things in their real life that kids are in charge of, so providing lots of time for unstructured imaginative play helps them form a sense of agency in an uncertain world.

When kids play house, shops or school, they develop some important skills. Their imagination gets a workout, of course, but they also practice social and language skills. Not only that, by creating imaginary families, characters and situations, they learn how to operate in the real world.

When children play in this way, what they’re really doing is consolidating all of the skills they’ve learned through observation. Interacting with a shopkeeper, for example, is something they’ve watched their parents do. The rituals associated with mealtimes, leaving for a holiday, getting out the door in the morning – all of these are turned into socio-dramatic play for busy-brained kiddos. So when the time comes, they’ll know just what to do in real life.

Socio-dramatic play is considered the most advanced form of play. Using skills like storytelling, cooperation, imagination, social interaction, character development and role play, children create amazing worlds where just about anything is possible. These worlds are fluid and dynamic, honing skills like thinking ahead, conflict resolution and negotiation.

The work of childhood

Psychologist Jean Piaget described play as ‘the work of childhood,’ because it is essential to kids’ health, development and well-being. Getting stuck into all kinds of play is just what kids do. And the benefits of play stay with them through life.

At Huisje Design, our sustainable, stackable wooden play houses encourage the kind of unstructured, imaginative play that kids need each day. Kids can get creative with paints and fabrics, too — making every house truly unique. And our gender neutral, multi-functional toys grow with your kids, making the work of childhood just a little more fun.

Empowering children to express their thoughts, feelings and life experience through PLAY!!!